February 04, 2020
The alignment of the irrigation canals can be in three ways, normally watershed canals, contour canals, and side-slope canals. These three canals are briefly explained in the article below. 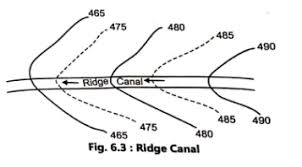 The two main advantages of having watershed canals are: 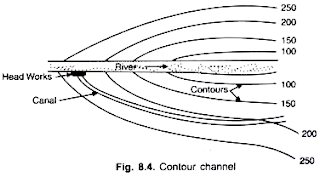 From the figure, it is clear that during precipitation or rain, the water flows across the canals. So a pathway is provided for the movement of drain water, by means of cross-drainage works. The construction of cross-drainage works makes the construction more costly.
A contour canal provides irrigation water to one side of the canal as the other side is in a higher contour. 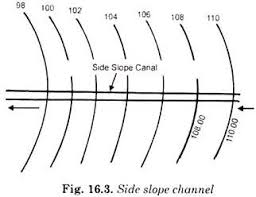 These as flows from high altitude to low altitude, there is a need for protection for the canal inner layers along with bunds on either side. Hence, the side slope canals are also called as double bund canals.